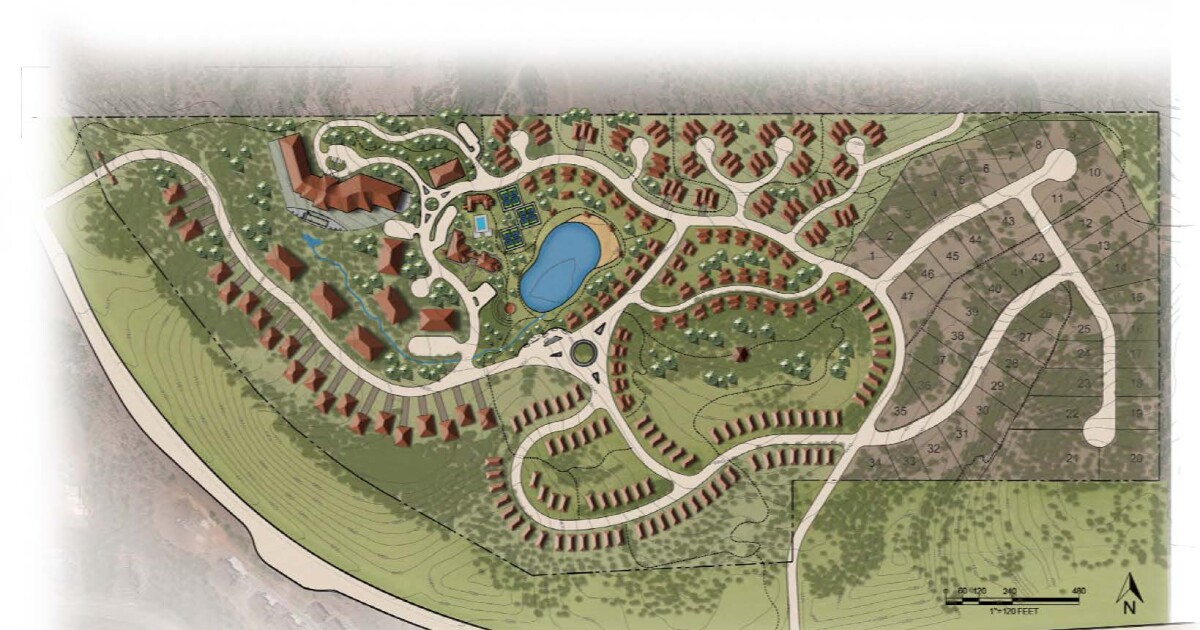 The Hideout Town Council has been debating the Boulders at Hideout development proposal for about two months. Last week, the discussion was particularly granular, focusing at times on retaining wall heights and drainage swales.

Councilor Chris Baier suggested the town’s planning commission should consider those types of details. She said the project shouldn’t derail the town council from its other responsibilities.

“The council has other business to attend to besides this development proposal and this, you know, request for an up-zone. And there are some things that our planning commission is well equipped to be able to work through that doesn’t require all this council time,” Baier said.

The town’s planning commission recommended a concept plan from developers Todd Amberry and McKay Christensen in February. That plan calls for about 400 homes and 150 hotel rooms on about 112 acres overlooking the Jordanelle Reservoir.

Christensen said sending the project back to the planning commission would get it “bogged down into a morass.”

The council asked the planning commission to review a few specific elements of the project at its May 19 meeting. The project would then come back to the council in early June.

There is already a large estate home on the property. The project proposes to turn that home into a bed-and-breakfast, build another hotel and build about 400 homes. Plans also call for trails, an amphitheater and improvements to S.R. 248. The developers have also agreed to contribute $2.5 million to build a pedestrian underpass under the busy highway to connect the project site to the rest of the town. A staff report says that would be about half the cost of the underpass.

Christensen suggested the town has already drawn concessions from the developers.

Councilor Bob Nadelberg, however, said he wasn’t sure the community supports a project of this size. He estimated it would quintuple the town’s density and said he didn’t see the benefit.

“Out of respect for the time and effort and the money of the developers right here, I have yet to have a single person, a single resident of the town, come up to me and go, ‘Hey, Bob, you know what I would love? Another 600 housing units in the town of Hideout,’” Nadelberg said. “So, you know, I don’t even know if we should be going down this path.”

The town said it would send a survey to residents to gauge their interest in the proposal.