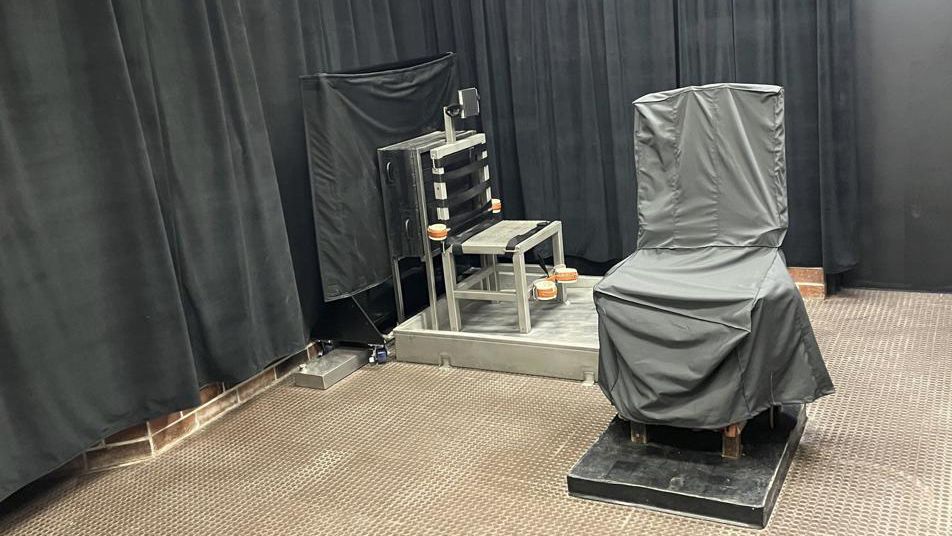 COLUMBIA, S.C. (AP) — It’s unknown how long a stay will hold off the execution of Richard Bernard Moore — South Carolina’s first-ever inmate to be put to death by a firing squad — as his attorneys pursue legal challenges.

But the issuance of Moore’s death warrant, initially planned to be carried out April 29, has renewed interest in how a state puts in motion its plans to shoot an inmate to death. The method is employed in only a handful of states and has not been used in the U.S. in more than a decade.

In choosing the firing squad, the 57-year-old Moore said he didn’t concede that either method was legal or constitutional but that he more strongly opposed death by electrocution and only opted for the firing squad because he was required to make a choice.

Moore drew the death sentence for the 1999 killing of convenience store clerk James Mahoney in Spartanburg. Planning to rob the store for money to support his cocaine habit, investigators have said that Mahoney pulled a gun, which Moore was able to wrestle away and use to shoot the clerk.

A May 13 execution date has also been set for another inmate, Brad Sigmon, although a state judge is examining his legal argument that both electrocution and the firing squad are “barbaric” methods of killing.

Only three executions in the United States have been carried out by firing squad since 1976, according to the Washington-based nonprofit Death Penalty Information Center. Moore’s would mark the first since Ronnie Lee Gardner ’s 2010 execution by a five-person firing squad in Utah.

WHEN DID THIS PROCESS BEGIN?

South Carolina — once home to one of the busiest death chambers in the nation — has been unable to carry out any execution since 2011, an involuntary pause that officials have attributed to the state’s inability to procure the trifecta of drugs needed to carry out a lethal injection. Condemned inmates had the choice between injection and electrocution, meaning that opting for the former would in essence leave the state unable to carry out the sentence.

“The death penalty is going to stay the law here for a while. If it is going to remain, it ought to be humane,” Harpootlian said, positing that the firing squad provided a more humane alternative than electrocution, if executions were to continue in the GOP-dominated state.

The measure, which Republican Gov. Henry McMaster signed into law last May, made South Carolina the fourth state in the country to allow use of a firing squad, according to the Washington-based nonprofit Death Penalty Information Center.

HOW IS THE EXECUTION CARRIED OUT?

Since the bill’s passage, the South Carolina Department of Corrections worked at retrofitting its existing death chamber in Columbia — where executions by lethal injection and electrocution have been carried out for more than 30 years — to accommodate the needs of a firing squad.

The agency spent $53,600 in state funding on renovations, including the installation of bullet-resistant glass between the death chamber and witnesses, as well as a metal chair into which the inmate will be strapped. They also cut into the brick wall of the chamber to make an aperture through which the three shooters — all volunteer employees from the Corrections Department — will thread their weapons, all loaded with live ammunition.

The aperture is 15 feet from the condemned, situated in a corner of the room, according to a memo released last month by the prisons agency. While the inmate will be visible to witnesses, officials said that the shooters and their weapons will not.

The electric chair, which officials say cannot be removed from the chamber, will be covered in its spot between the glass wall and the firing squad chair.

After an opportunity to make a final statement, the inmate will be strapped into the chair and a hood placed over his head. An execution team member will place a “small aim point” over the inmate’s heart.

After the warden reads the execution order, officials said the team will fire. The agency has not specified what caliber rifles the volunteer shooters will use, nor details of the “certain qualifications” they will be required to have met.

WHO WILL BE THERE TO WITNESS IT?

Aside from the state officials in the chamber to carry out the execution, three media witnesses may attend the execution, as well as three witnesses from the victim’s family, according to the Corrections Department.

State law also allows religious and legal counsel for the inmate, as well as representatives from law enforcement and local prosecutors.

As is standard with all South Carolina executions, a physician will examine the inmate and make a death declaration. A photo released by Corrections officials shows a lipped metal basin underneath the inmate chair, as well as a rectangular box directly behind it, potentially to absorb the gunfire.

Immediately thereafter, the witnesses will be escorted from the room and taken to the Corrections headquarters building, where other media will be gathered.

Out of sight of the witnesses, the inmate’s body is removed from the chamber and taken by the Richland County Coroner’s Office for an autopsy before being returned to the inmate’s family.